Episode 24: A Day Without a Woman 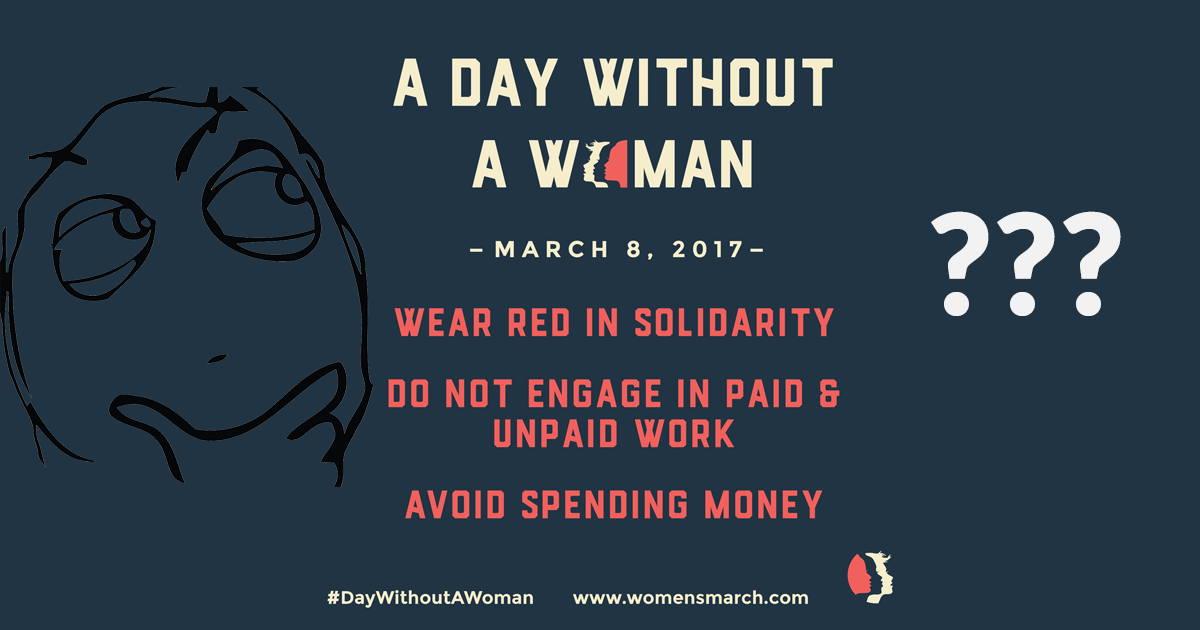 Today is International Women’s Day. Today is also “A Day Without a Woman,” a form of protest by the same people behind the Women’s March on Washington, which took place on January 21st, 2017. We like the idea of the Women’s Strike in theory. Women’s rights are human rights, after all. But is it a good idea in practice? Join us as we discuss in our first non-disability related episode of The Accessible Stall. A transcript for this episode can be found here.

What is A Day Without a Woman? How do I participate?

Anyone, anywhere, can join by making March 8th A Day Without a Woman, in one or all of the following ways:

That sounds fine. What’s your problem with it?

It does sound fine. While there’s nothing inherently wrong with participating in the strike, we feel that it’s misguided. The goals are unclear, and the people who need to hear the message the most likely won’t. It’s a great idea in theory, but it’s exclusionary to those who can’t afford to take off from work or who can only shop at places like Walmart. To put it simply, it’s a gross display of socioeconomic privilege. And we feel it’s worth discussing, as we both are staunchly for women’s rights, but think there are other, more effective forms of grassroots activism.

But you can just wear red, you don’t need money to participate!

True. But we examine the effectiveness of “color wearing” activism in this episode. If, on the one hand, it’s the only way/most accessible way you can participate? Go for it! Otherwise, it’s just slacktivism at its finest.

We went outside the box a little bit in our conversation during this episode. We hope you like it as much as we liked making it.

Notes from this episode: A Day Without A Woman Letter to Employer.